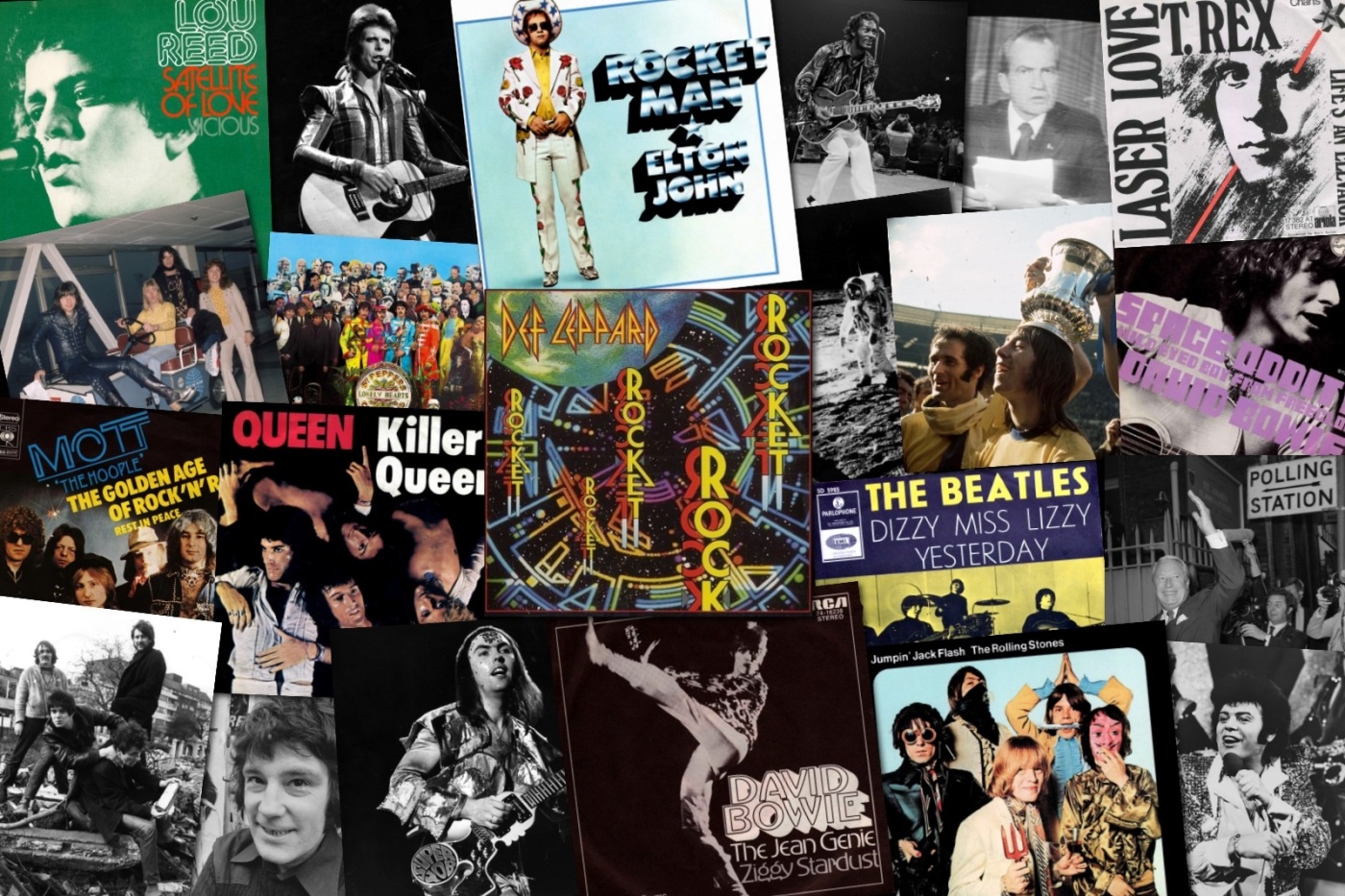 Whether you love or hate Def Leppard, there’s no denying how huge they were for a stretch beginning in the mid-80s through the early 90s. And never were they more popular than with the release of the 1987 album Hysteria, which spawned an impressively ridiculous seven singles. The final one, “Rocket,” came out in January 1989 and had a bit of a throwback feel, which was wholly intentional.

The song sees the band shouting out all those who influenced them over the years from the glam rock era of the 70s. Some of them were easy to decipher, like “Ziggy,” “Sgt. Pepper…and the band” and “Jack Flash.” Others, like “Jet Black,” were a bit more of a question mark.

I dug deep into the track for Ultimate Classic Rock, not only revealing just who singer Joe Elliott was tipping the hat to in the song, but analyzing all the footage in the video – which can be seen below – and figuring out what that all meant. There’s nods to artists who didn’t make the lyrical cut, along with headlines from the band’s youth about the fall of U.S. President Richard Nixon and UK Prime Minister Edward “Ted” Heath as well as NASA’s fabled Apollo missions. The latter isn’t too much of a visual surprise; the song is called “Rocket” after all.

Head here to check out the article at UCR.