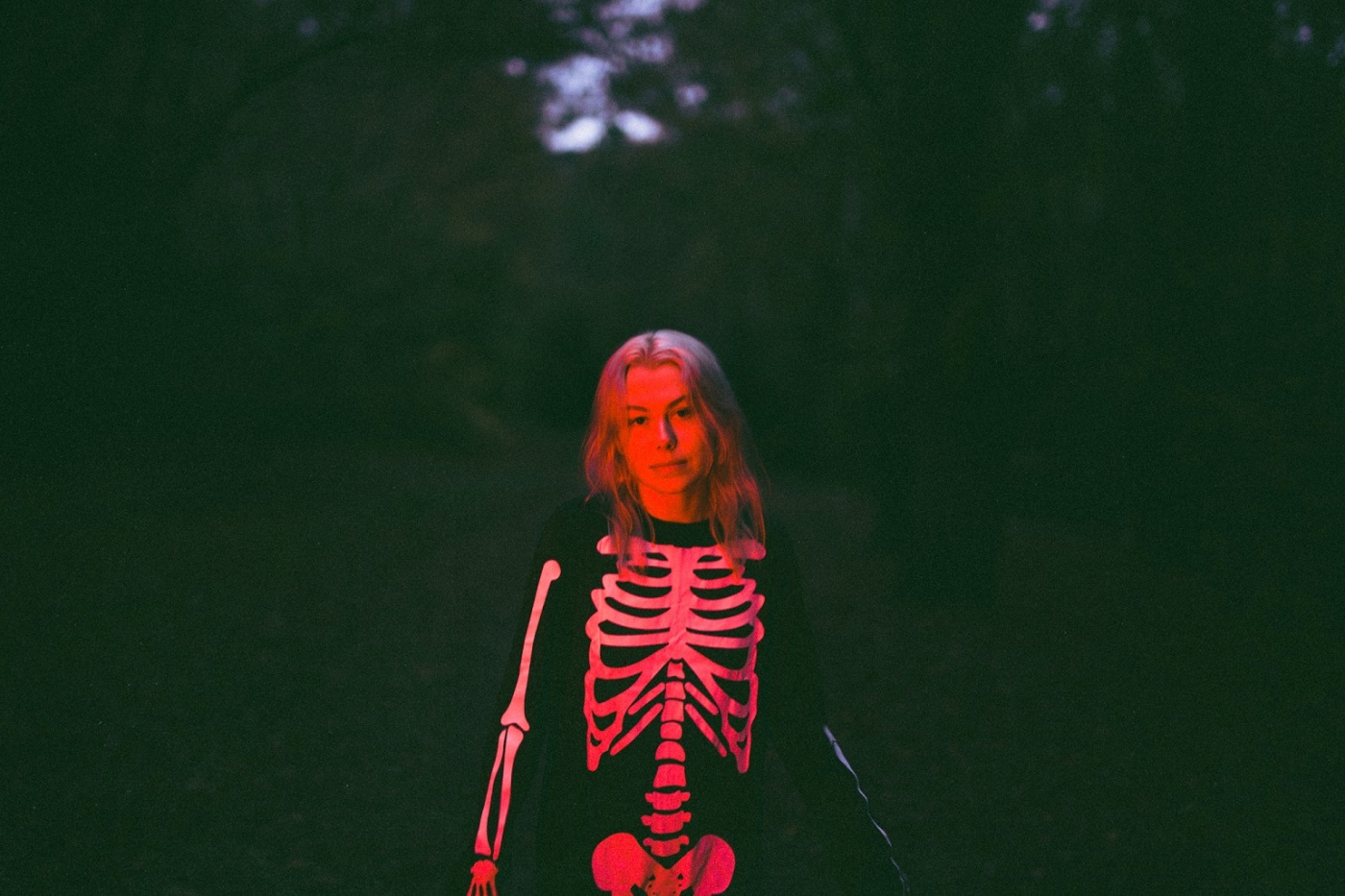 Making her debut as the musical act on Saturday Night Live last weekend, Phoebe Bridgers has spent recent days since facing a public skewering that would be laughable if it weren’t so misplaced and wildly off base. The Grammy nominated singer-songwriter raised the ire of many for committing what they saw as a cardinal sin in trying to destroy her guitar on the sketch comedy show.

The incident occurred at the end of her second song of the night, the gorgeous “I Know the End,” as it devolved into a cacophony of screams and trumpet blasts. Bridgers removed her guitar, a fairly inexpensive Danelectro Dano ‘56 baritone, and slammed it repeatedly on a stage monitor, drawing sparks and ultimately dropping the instrument after several efforts to break it resulted in only a few pieces of the body chipping off.

The internet quickly took offense, chastising the Bridgers – whose indie-folksy sophomore solo release Punisher was roundly applauded as one of the best albums of 2020 – for daring to smash such an integral artifact of music history and wondering what would lead a precocious, young, little blonde girl to be so enraged in the first place.

First off, and not like she was under any obligation to do so, Bridgers had reached out to the guitar manufacturer before the show. “I told Danelectro I was going to do it and they wished me luck and told me they’re hard to break,” she tweeted. And that monitor which gave off a few well-time sparks as it was being assaulted? It was a prop.

As to why she would be so angry, how about Bridgers is a 26-year-old woman trying to make her mark in the midst of a second wave of #MeToo allegations showing the hideous nature of some men. Earlier in the week in fact, she detailed visiting Marilyn Manson’s house with friends as a teenager and having him point out what he described as a “rape room.” Whether it was a joke in poor taste or a misguided attempt to be edgy is one more notch on the bedpost of allegations currently derailing the shock rocker’s career.

There’s been no indication at press time that Bridgers was full of fury on Saturday Night Live either; she was beaming afterwards actually. It was all a bit of staged rock and roll theater, certainly nothing innovative, following in the equally melodramatic guitar smashing steps of decades prior by the likes of the Who’s Pete Townshend and Nirvana’s Kurt Cobain – all males not-so-coincidentally – men who didn’t come close to receiving the condemnation Bridgers has seen, making this whole thing feel unsettlingly misogynistic.

Still, and this needs to be made completely clear, Bridgers’ hasn’t shrunk like a violet, instead handling the situation with a level of ferocious humor and maturity that others would do well in taking note, among them David Crosby, who has become increasingly curmudgeonly in his old age. Responding to a question one of his Twitter followers asked about his thoughts on the affair, he answered, “Pathetic.” Bridgers hilariously chimed in on the thread with, “little bitch.”

Crosby wasn’t finished though, later adding, “Guitars are for playing…making music…..not stupidly bashing them on a fake monitor for childish stage drama,” and then tweeting a picture of a trio of acoustic guitars with the caption, “They are not toys…or props…we who’ve played them for our whole lives try to treat the with respect.”

Funny, there don’t seem to be any stories of Crosby going up to Townshend, who he appeared on the bill with at Woodstock, and saying, “Hey man…you shouldn’t have smashed your guitar, that’s not cool.” When called out about similar transgressions by the Who co-founder and another peer, noted guitar arsonist Jimi Hendrix, Croz said, “I have always thought it was dumb…it’s what you do if you can’t write sing or play.”

Right, because the Who and Hendrix couldn’t write their way out of a paper bag, and neither of them are high ranking members in pantheon of guitar gods by any means. It got to where Crosby was lamenting the skeleton outfits Bridgers’ band was wearing – a theme for her current LP – making him just sound exasperating. There’s a marked difference between the “get off my lawn” rantings of a 79-year-old folk singer whose past drug intake could fund a small country and those who somehow can’t get over women in music having a platform to do whatever the hell they want in the year 2021. Be it misdirected chauvinism or incel hate, one can only hope there’s more Phoebe Bridgers in wait ready to smash down detractors with unmitigated glee.

A version of this article appears this week’s print edition of The Daily Times in my weekly Rock Music Menu column under the title “Woman Smashes Guitar on Live Television and the Internet Loses Its Mind.”