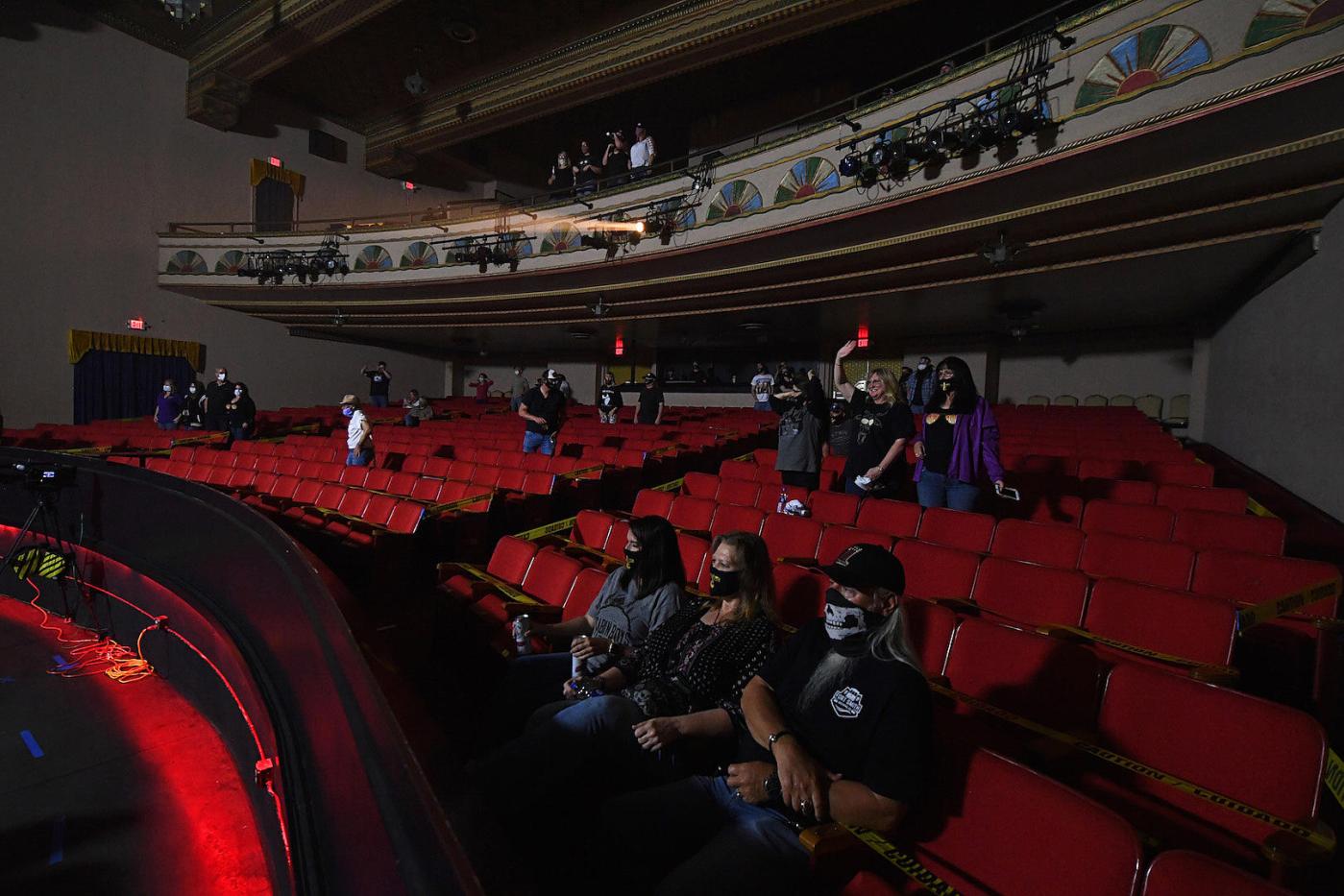 States across the country are beginning to test the waters of reopening non-essential businesses, some taking more careful measures in hopes of avoiding a spike in Covid-19 cases. Others are risking it a bit more, allowing in-person music events to take place. Yet as two incidents from this week show, the timing for such events is suspect at best.

Generating the most buzz was a show put on in Fort Smith, Ark. featuring Travis McCready, singer of the Mississippi country rock outfit Bishop Gunn. Held at Temple Live, the concert hardly resembled what music lovers are accustomed to when catching a band live, and it didn’t look remotely fun other than in a novelty respect.

Only a bit north of 200 fans were permitted to attend as promoters put just 20 percent of the 1,100-capacity venue’s seats on sale. To honor social distancing guidelines, concertgoers had to sit in “fan pods” together, ostensibly just with those whom they were in daily contact during the coronavirus pandemic. The groups ranged from two to about a dozen in each cluster.

Before being allowed into the former Masonic temple, everyone was required to wear a mask and checked with an infrared thermometer. Once inside, they were met with dots on the floor indicating six feet spacing and arrows pointing the one-way walking path. Staff was on hand to help guide customers should there be any confusion.

Additionally, caution tape was wrapped around most of the seating not permitting “fan pod” usage. The bright yellow ribbon was also prominent in bathrooms, covering sinks and urinals in an effort to enforce social distancing.

Going by pictures that hit the newswires, it looked like a crime scene. That’s probably not too far off either. While many considered the event a win for freedom – or something along those lines – it hardly merited celebration on any level.

Even at 20 percent, the show wasn’t sold out, according to reports. Promoters took a hit, as did the artist, with the former saying the model was hardly sustainable financially. And no musical acts want to look out and see a half full house, let alone one at less than a quarter capacity.

The night before McCready’s gig, 500 miles south in Austin, Tex., the hair metal cover band LC Rocks played at the Emerald Point Bar & Grille in the northwest section of town. Despite bars being allowed to reopen at just 25% capacity, and recommendations for social distancing highly encouraged, dozens upon dozens of fans without masks crowded together in front of the stage.

When the group posted a picture on their official Facebook page thanking those in attendance and showing the tightly together scene, it caught fire on social media, with many calling out the band, the venue and the audience members for being so irresponsible. LC Rocks took down the photo because of all the negative comments, and owners of the bar said the image was from the end of the night and didn’t represent the way the whole show played out.

Like anything else these days, the ensuing storm led to a public debate online between those concerned with the spread of the virus warning against the dangers of such behavior, with others responding that nothing was going to stop them from living their lives. Both the LC Rocks and Travis McCready spectacles have proven that, if anything, there’s still a very long way to go before everyone gets on the same page.

This article appeared in yesterday’s edition of The Daily Times in my weekly Rock Music Menu column under the title “Live music events bring mix of praise and criticism.”