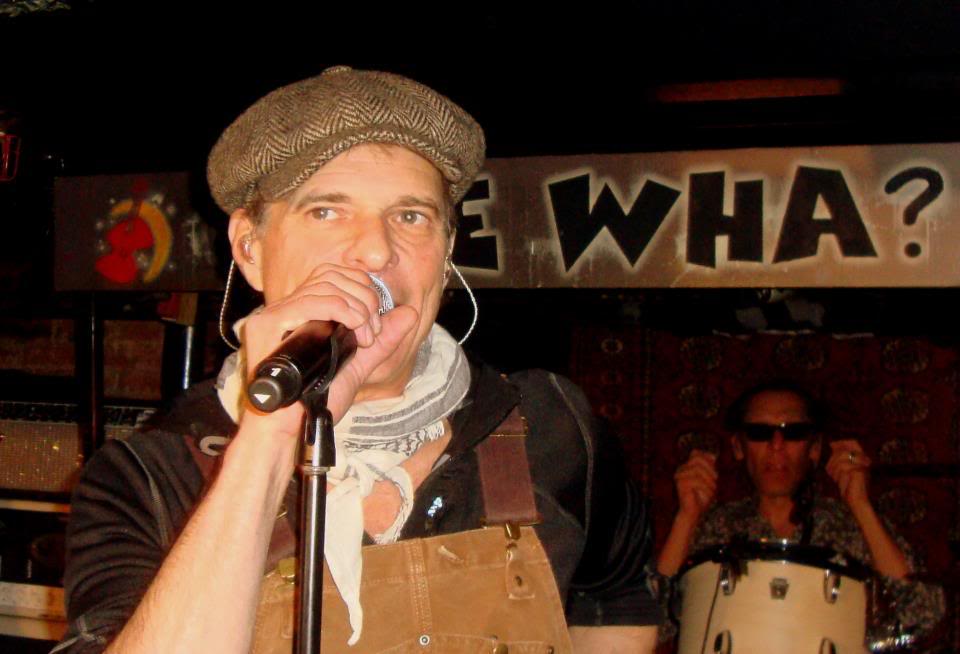 “I am with the whole team right now. We want to know who you are writing for and where we can follow up and find your stories at.
Are you on assignment or can you get assigned by one of your publications.
Please let me know asap.
Thanks”

I received that message from Van Halen’s publicist – Eddie Van Halen’s wife Janie – in the middle of the afternoon five years ago today. Immediately I responded with my editor’s contact information for the Boston Phoenix, who I would be covering the invite only show for by the band at the tiny basement club Cafe Wha? in Greenwich Village. The day before, I had been told that I was on the wait list. Now it was looking like I might actually have a shot at attending.

“Ok my friend, we will see this evening.
There are no plus ones at all so please come alone.
Thanks and look forward to seeing u tonight!”

Holy SHIT. This was really happening.

The only issue, a fairly large one at that, was me being in Boston and the show taking place in New York. Heart racing, toying with the idea of renting a car and rolling at an unhealthy speed down the interstate, I found an Amtrak Acela Express which was leaving in 25 minutes and would get me into Penn Station around 7pm – right when doors were due to open.

Of course, there was a delay somewhere in Connecticut and we sat, and sat, and sat while I went into full-blown panic mode. Somehow the train pulled in almost on time. I sprinted to street-level, grabbed a cab and made it within a block or so by 7:30pm. The surrounding streets were lined with thousands of people, held back by guard rails and police barricades.  For a moment, I stood with them, then remembered, “I’m on the list to get in!”

Descending down the steps, I was greeted with a packed throng of press, friends of the band and locally-baased celebrities. Jimmy Fallon, John McEnroe and his wife, onetime VH lead singer candidate Patty Smyth, cruised by me. The official capacity of Cafe Wha? is 220, but it felt much smaller.

I made conversation with Rolling Stone writers David Fricke and Joe Levy, the former a major influence, and said hello to radio host Eddie Trunk and comedian Jim Florentine. Some people – none of the aforementioned by the way – had a too-cool-for-school attitude. Like, “Yeah, we’re here, it’s no big deal,” hanging as far back as possible. Was that the reigning etiquette? Is that how a journalist was supposed to act in this situation?

People were still kind of milling about, so I moved toward the stage, which came up to mid-thigh, and parked myself right in front of David Lee Roth’s microphone. At about 8:30pm, there was some commotion and cheering by the stairwell.

The band had arrived.

There’s no backstage at Cafe Wha?, so the guys came through the front door like everyone else. I couldn’t really make out much of what was happening as people clamored to get closer to the group. Then I felt a hand on my shoulder, turned around and was face to face with drummer Alex Van Halen. He used my shoulder as leverage to get onstage. And his brother followed suit. Eddie’s son Wolfgang and Roth needed no assistance and bounded up on their own.

Opening with the cover of the Kinks’ “You Really Got Me,” they tore through an 11 song set. Seven songs in, during the breakdown of “Panama,” Roth started riffing off the top of his head, and then asked for a waitress to bring him a drink, a shot, a double – whatever was in her hand. One obliged, but couldn’t get through to him. I lifted the  drink off her tray and passed it to Dave. He looked at me and said, “Thank you.” A writer from Esquire tapped me on the shoulder and said, “Dude, you just handed David Lee Roth a drink!”

I was giddy. I was a fanboy. It didn’t matter anymore, we all were by that point.

Then it was over.

While waiting in line for the coat-check, where I had stored my laptop, I spoke briefly with Roth’s sisters. A writer who I had previously admired, Chuck Klosterman, was loudly pontificating about nothing. He was so in love with the sound of his own voice, it was equal parts embarrassing and annoying. I was thinking how good it would feel to punch him in the face, anything to make him shut the fuck up, but had to file a story.

Beating it out of there, I went to Brother Jimmy’s by Penn Station and wrote the story for the Phoenix. Reading that now, I remember the excitement I felt, the natural high. The article is pure adrenaline. Our coverage was one of the first to go live, but the next day I got another surprise. The Village Voice ran its piece, and this was the photo that led into it: 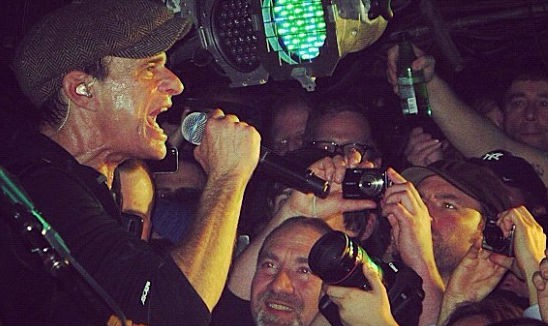 I’m looking so serious as I take that picture with my point and shoot. It was early in the set, because I made sure to get some snaps and pocket that camera and enjoy the moment, soaking it in, just being there.

The reason I got into the music journalism game wasn’t because I was a frustrated musician or a critical douche who wanted to lambast everything I despised. I signed up because I love music with my entire being and have since I was a wee lad. That night, it was symbolic of that passion. It’s a slice of time never to be forgotten, and something that eight year old me would never imagine could happen to him. And that kid inside never loses his wide-eyed wonder, amazement and thankfulness to experience opportunities like January 5, 2012.