It was announced this week that the 15 year running River Gods in Cambridge, MA would be shuttering its doors for good. This came a a massive disappointment to many in the area, as it was a place which had great food, a better atmosphere and music for anyone’s taste. Each night featured a different DJ doing a different kind of music or theme. Dream pop. Soul. Deep house. Electronic. Vintage Rock and Roll.

I started off there partnering up with Jed Gottlieb of the Boston Herald doing “Prom Nights.” The way it was setup was to take a high school name from a famous film and play the music from the era in which it was set. For instance, ‘Prom Night: Lee High School, 1976’ took the high school name of Richard Linklater’s Dazed and Confused, and we spun rock and roll from the mid-70s.

Eventually I started coming up with my own nights, first doing soul and funk, calling it ‘Cold Sweat,’ then kicking it up a few notches with rock dubbed ‘It Might Get Loud,’ but nothing too crazy. Eventually I started doing an ‘Across the Pond’ theme which fully allowed me to embrace Brtipop and anything else from Europe. The sets were accompanied by images and film shown on a big blank wall, like when doing a funk night, I’d have The Night James Brown Saved Boston playing along with the music. I’m gonna miss that hot, tiny little booth that overlooked the Central Square crowd of revelers.

Here’s a flyer I did for the last Across the Pond event, and after the jump are some of my additional favorites. 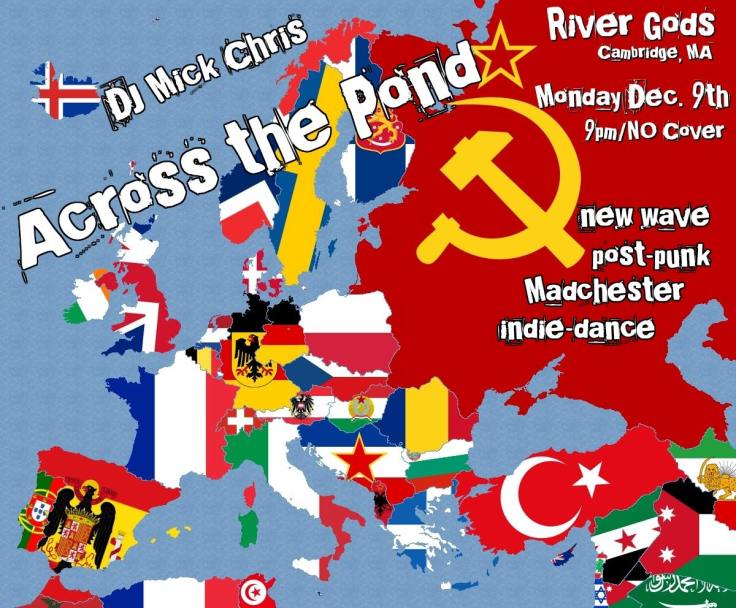 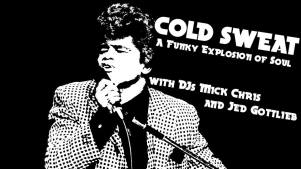 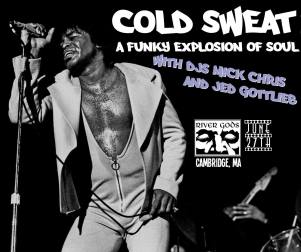